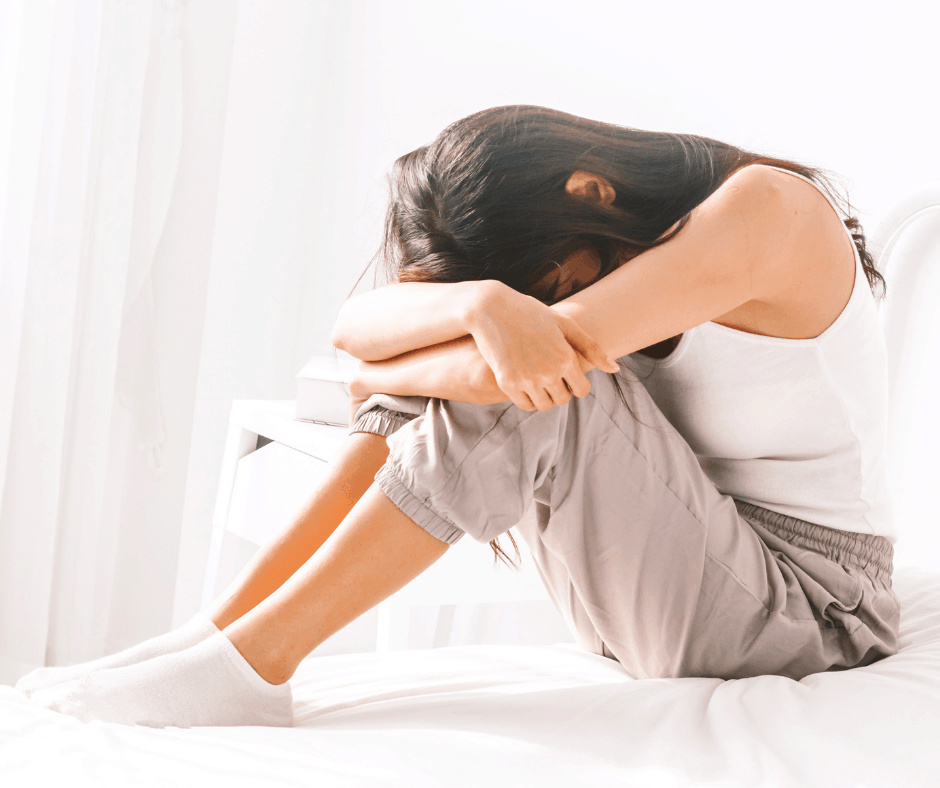 *Note: This post may contain affiliate links. If you click on a link, I may earn a small commission, at no extra cost to you. Thank you!

Thank you for sharing!

In a perfect world there would be no wars. No need for national defense, armies or spies.  Peace would reign and all countries would get along, sharing resources and contributing for the greater good.

Unfortunately, we don’t live in a perfect world.  We have a hard time trying to get our own kids to get along, so it’s difficult to imagine two different countries with their own sense of pride, unique culture, and set of values always sharing “peace and love”.  So, why do wars get started? Why does God allow war? 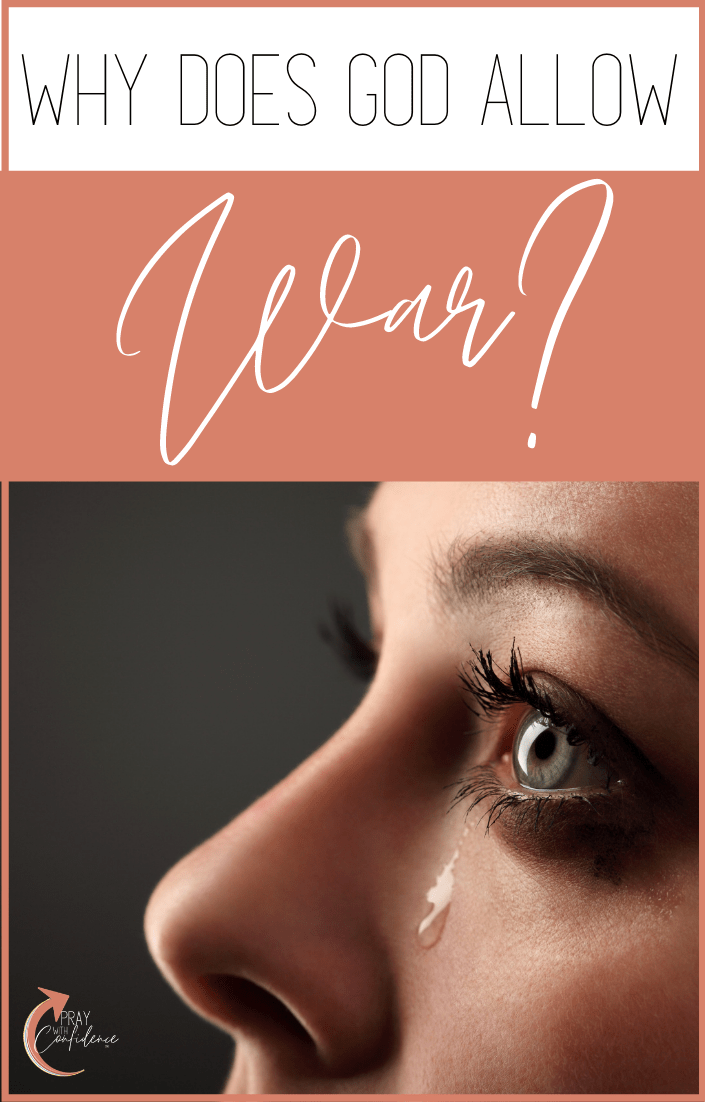 Why Wars Get Started

Wars, both civil and international, get started for several reasons.  Some start over territorial disputes, others to showcase power and still others because of extreme ideological differences.

The reality is sin entered the world soon after creation.  And at the root of all sin is pride and selfishness.  The heart of every human being is deceitful, sick and wicked, according to Jeremiah 17:9.

Throughout history wars have been fought all over the world.  In fact, the Old Testament of the Bible tells of many wars that occurred involving God’s chosen people: the Israelites.

God allowed those wars and even caused victories and allowed some defeats.  In every one of those wars God was never far off.  He was very much involved.

King David led many wars during his reign.  He was God’s chosen, a man after God’s heart (1 Samuel 13:14, Acts 13:22) and God used him to expand the borders of Israel, though many of the wars were fought as a way to protect the nation of Israel from her enemies.

The Roman Empire lasted for more than 500 years and was characterized by war as the Caesars fought to expand their kingdom.   The British Empire began to expand in the 15th century and throughout history fought dozens of wars to widen the reach of its dominance in the world.

More than 100 countries fought in World War I, each with their own reasons for joining.  World War II, arguably the bloodiest conflict in human history with more than 85 million deaths, was caused by the ambitions of rising dictators on the world stage.

We have heard of senseless wars in places like Vietnam, the middle east and in Africa.  Wars get started because people are selfish and wicked.

We look at wars and we see the destruction, the horror, the blood-soaked battlefields and the casualties.  What affects us the most is the knowledge that in many of the wars God allowed innocent lives were lost, including women and children.

And we ask ourselves, “Why does God allow war if it causes so much suffering and loss?”

Why Does God Allow War?

While God allows wars, He is not a warmonger.  He does not thirst for war.  Although it is interesting that in scripture one of God’s many names is Jehovah Sabaoth (The Lord of Hosts) which is a military name for God.

This name is used about 170 times in the Old Testament.

The word “hosts” comes from a Hebrew word which means “to wage war” and refers to the armies of angels he commands as well as the armies of Israel.

God has used war to bring about justice and allows for it so that nations can defend themselves from tyrants and invaders.  In a world full of sin, war is sometimes necessary.

In the New Testament, there are a surprising number of verses that use military-type phrases.  Here are a few:

“Put on the full armor of God, so that you can take your stand against the devil’s schemes.” (Eph. 6:11)

“No, in all these things we are more than conquerors through him who loved us.” (Rom. 8:37)

“Fight the good fight of the faith. Take hold of the eternal life to which you were called when you made your good confession in the presence of many witnesses.” (1 Tim. 6:12)

“The weapons we fight with are not the weapons of the world. On the contrary, they have divine power to demolish strongholds.” (2 Cor. 10:4)

And let’s not forget that within every believer there is a constant battle between the flesh and the Spirit, according to Galatians 5:17.

“War is a consequence of sin.” Max Lucado 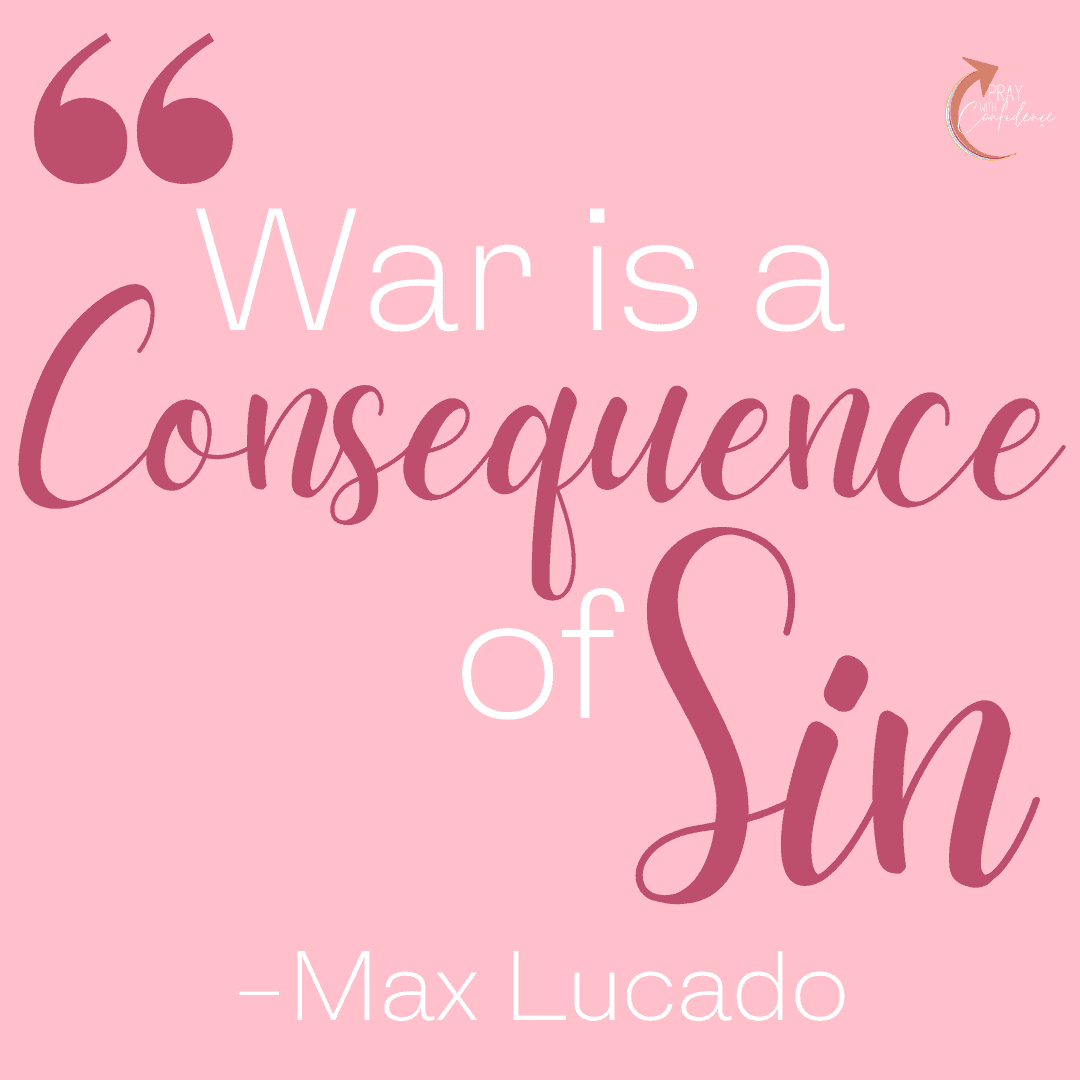 God allows war because it is one of the consequences of the sinfulness of man.  Max Lucado wrote, “To ask God to prohibit war, then, is to ask him to prohibit the consequence of human behavior. Something he has never been wont to do. As long as there is sin there will be war.”

Jesus told us to not be alarmed when we hear about wars and rumors of wars in Matthew 24:6-8.  In fact, he said that they must happen before his return to take his bride home.

The Christian’s Role in Times of War

John Piper wrote:
“Paul teaches us to pray for peace among nations for the sake of the gospel.  ‘First of all, then, I urge that supplications, prayers, intercessions, and thanksgivings be made for all people, for kings and all who are in high positions, that we may lead a peaceful and quiet life, godly and dignified in every way. This is good, and it is pleasing in the sight of God our Savior, who desires all people to be saved and to come to the knowledge of the truth.’ (1 Tim. 2:1-4)

“It is true that the church may grow in times of hostilities and war. But it is also true that wars have devastated the church in many areas. It is not our business to decide the sovereign purpose of God in ordaining that some wars happen.

Ours is to pray that the church be seen as aliens in the cause of Christ-exalting love and justice with no supreme allegiances to any nation.”

We read of the final war, the war to end all wars, in the book of Revelation.  And once it’s over there will be no more death and no more weeping and he will make all things new (Rev. 21:4-5) Come, Lord Jesus!

While we wait for that wonderful day, we pray, and we do the works God has prepared for us in advance to do (Eph. 2:10).  We remain faithful and hopeful.

We preach the Gospel and make disciples.  And all the while we give thanks and magnify the name of Jesus Christ, our Lord. 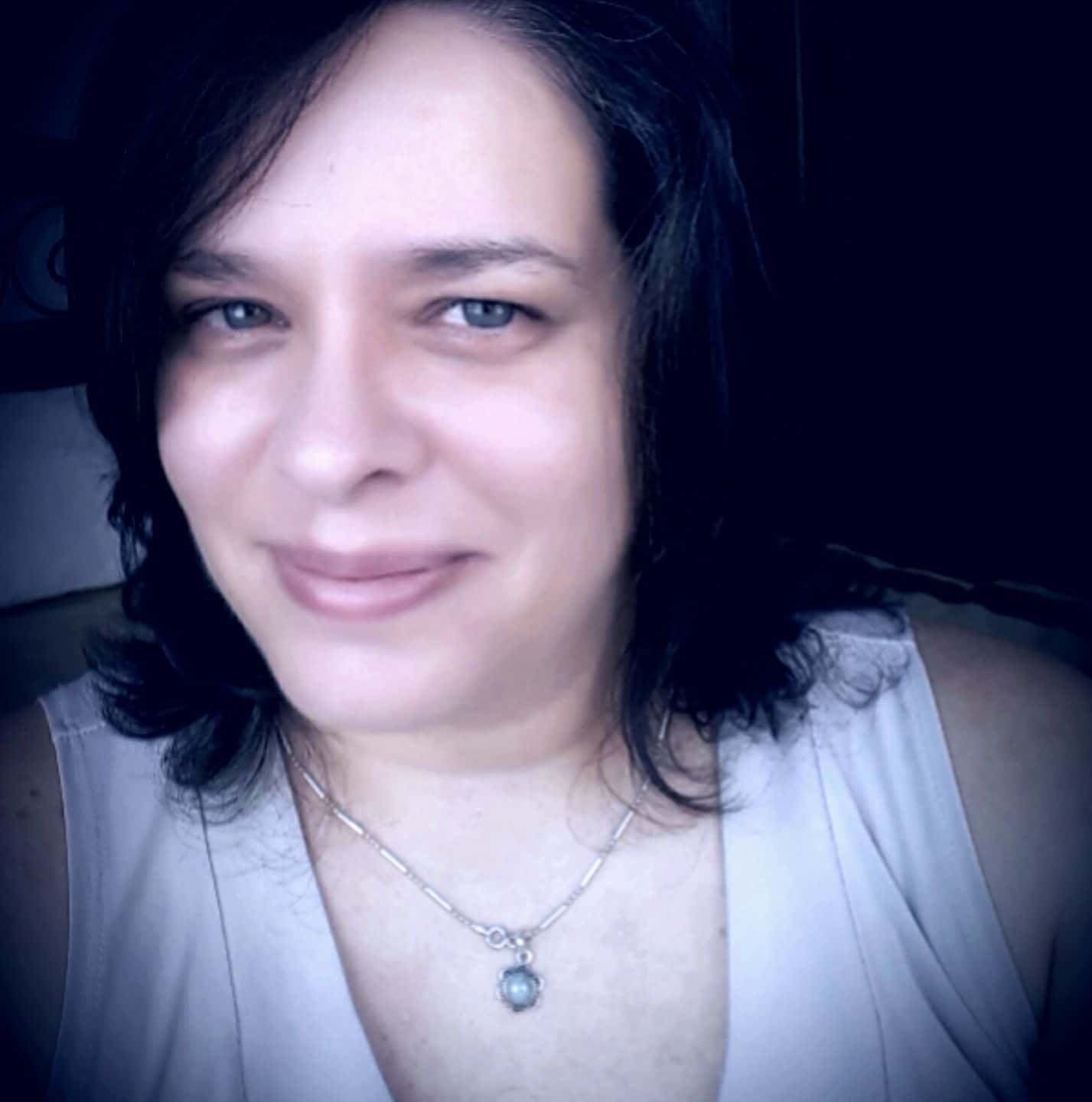 Summer is a wife, a stay-at-home mom of two and a former missionary currently residing in Guatemala with her family.  She is the founder of the blog Life is a Vapor. She’s a lover of books, puzzles and theology and is in a perpetual state of learning.  Summer’s passion is to make the true Gospel known online and in real life.  She also loves coffee and chocolate.  But, she loves Jesus most of all.

*Note: This post may contain affiliate links. If you click on a link, I may earn a small commission, at no extra cost to you. Thank you! I’ll admit I’ve struggled sometimes to feel God’s presence or discern His activity. During times of heartache in marriage, job loss, and broken relationships (among others), I’ve felt… 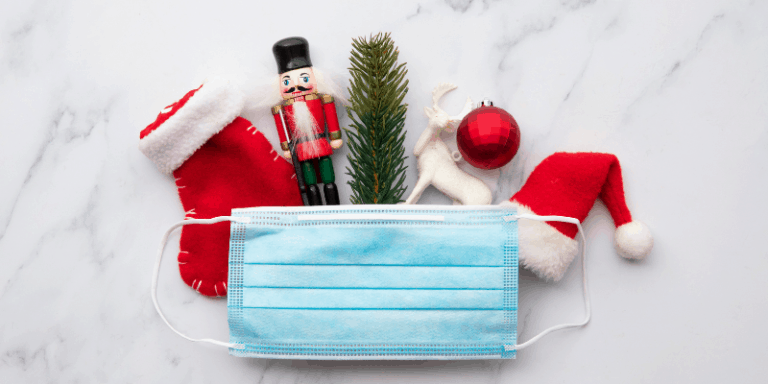 *Note: This post may contain affiliate links. If you click on a link, I may earn a small commission, at no extra cost to you. Thank you! “My soul, wait silently for God alone, For my expectation is from Him. He only is my rock and my salvation; He is my defense; I shall not…

*Note: This post may contain affiliate links. If you click on a link, I may earn a small commission, at no extra cost to you. Thank you! When Money is Tight Should You Pay Tithes or Buy Groceries? By:  Katie Jones Guest Contributing Writer Agape Investing  There are times in our lives where we may…

*Note: This post may contain affiliate links. If you click on a link, I may earn a small commission, at no extra cost to you. Thank you! The Modern Day Loaves and Fish Story By: Karen Carlton Contributing Writer Savoring Each Moment The day began like any typical school day – only it wasn’t typical…

*Note: This post may contain affiliate links. If you click on a link, I may earn a small commission, at no extra cost to you. Thank you! Finding Peace in Chaos Annie McGuire Contributing Writer Dailyhisdisciple.com Can I be honest with you? I feel like I have been on an emotional roller coaster lately. I…

*Note: This post may contain affiliate links. If you click on a link, I may earn a small commission, at no extra cost to you. Thank you! Prayers God Answered in the Bible Is Amazing Motivation! One of the greatest motivations of praying is that we know that prayers come with answers. The Bible is…

This site uses Akismet to reduce spam. Learn how your comment data is processed.

Pray With Confidence is a participant in the Amazon Services LLC Associates Program, an affiliate advertising program designed to provide a means for sites to earn advertising fees by advertising and linking to amazon.com.
24 shares